CARVING OUT A LEGACY IN WOOD. 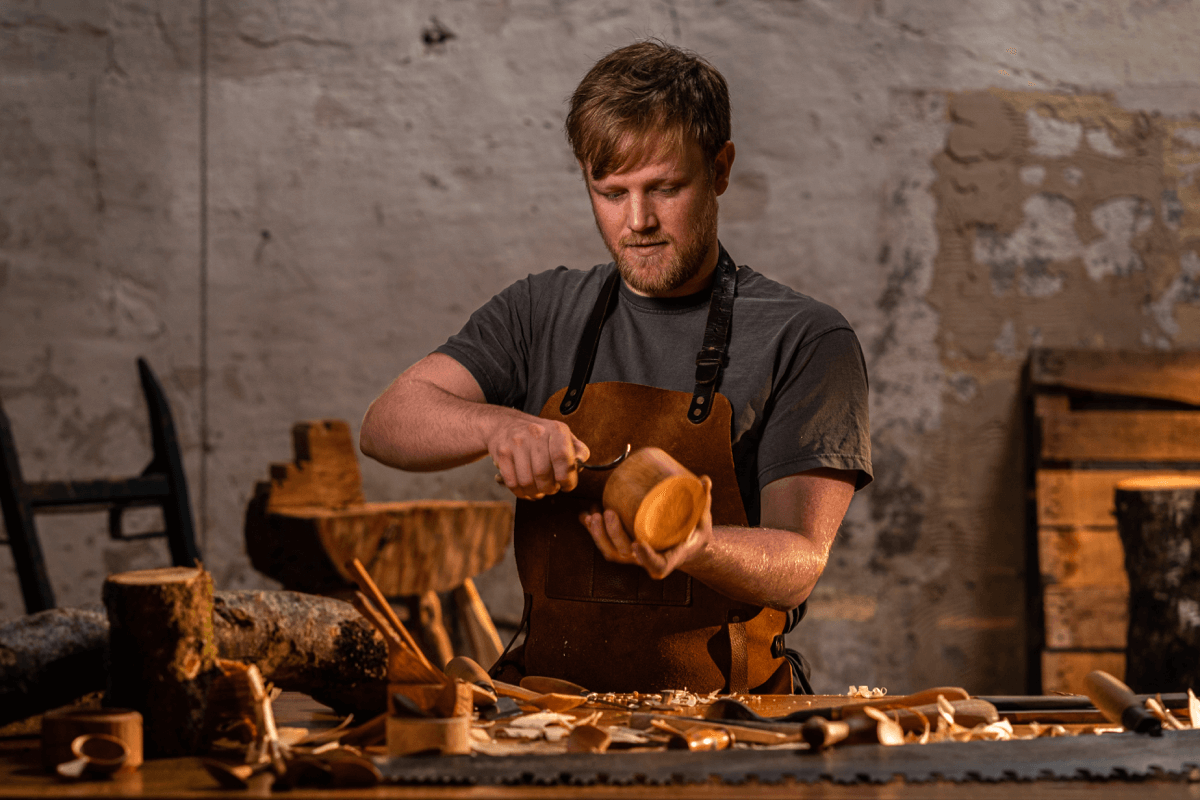 LIFE ON A KNIFE’S EDGE.

“Traditional techniques represent an untouched world of opportunity,” says creative woodworker, Éamonn O’Sullivan, who has spent the past six years teaching himself to make hand-carved wooden homeware using only an axe and two knives.

Since establishing his company, Hewn in 2014, Éamonn has been on a journey of exploration, creating everyday utensils from fallen Irish trees: “I’m fascinated with simple, functional objects and pushing myself to discover new ways of applying traditional techniques to create them.”

With a degree in environmental science, the Westport native worked as a consultant ecologist before a chance meeting opened his eyes to the world of woodcarving: “A family friend gave me a spoon that he’d carved and right away I was captivated with how it was made, especially in the concave of the bowl,” Éamonn explains. “He had his tools in the car and gave me a quick demonstration and that just set me off. I’d studied wood anatomy as part of my degree, so those skills and knowledge really helped me get started.”

Éamonn began to hone his skills in woodworking - using online tutorials and pouring over any books he could get his hands on. The turning point came in 2014 when he was offered a permanent position in his day job but the craftsman was on a road he couldn’t turn off, and Hewn was created.

"When setting out to create something, use your craft to find new and exciting ways of answering old questions. Don’t look for the quickest way to achieve it, look for the best way."

“I had lots of support from family and friends. Even the boss whose job I’d turned down fully understood my reasons; he was actually one of my first customers! My father is a carpenter, and built cabinets, so he couldn’t really understand why I was giving up on all my qualifications and a good job to make spoons and other utensils. But I had self confidence and I was committed to making a real go of it.”

Foraging for wood near his home on Ireland’s west coast, Éamonn uses axes and knives to carve his designs from toppled trees and fallen branches. Working with the grain is crucial for maintaining the wood’s strength. This can only truly be achieved using traditional techniques of riving and cleaving by hand. As a result every creation is different, influenced by the original shape and properties of the wood.

To anyone with dreams of following in his footsteps to start their own creative revolution, Éamonn advises: “Making something from scratch is a deeply satisfying thing. Anyone can relate to that feeling. When setting out to create something, use your craft to find new and exciting ways of answering old questions. Don't look for the quickest way to achieve it, look for the best way. That will serve you and your customers better in the longer run.” 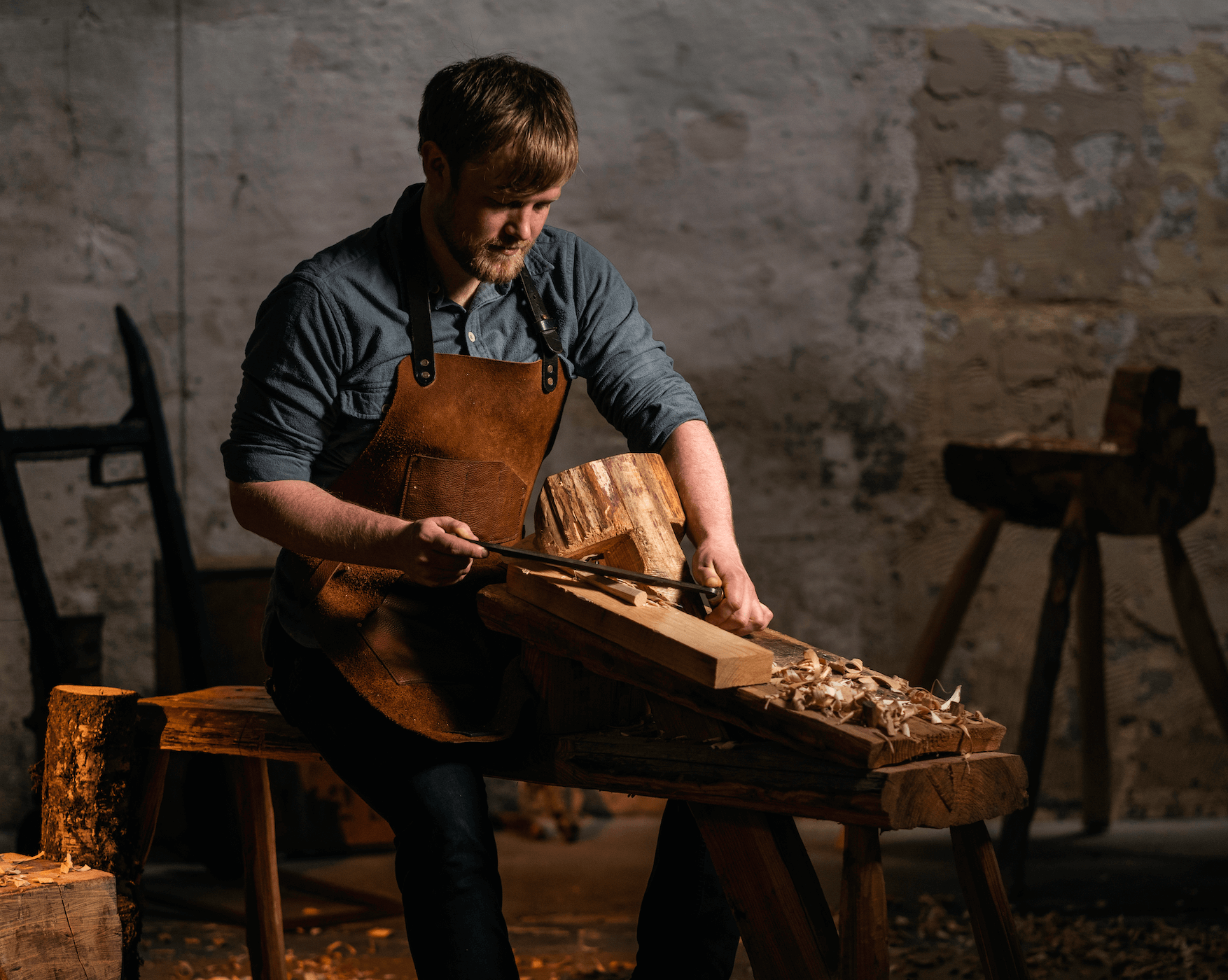