TAKING A BITE OUT OF THE WORLD OF CHEESE CRAFT. 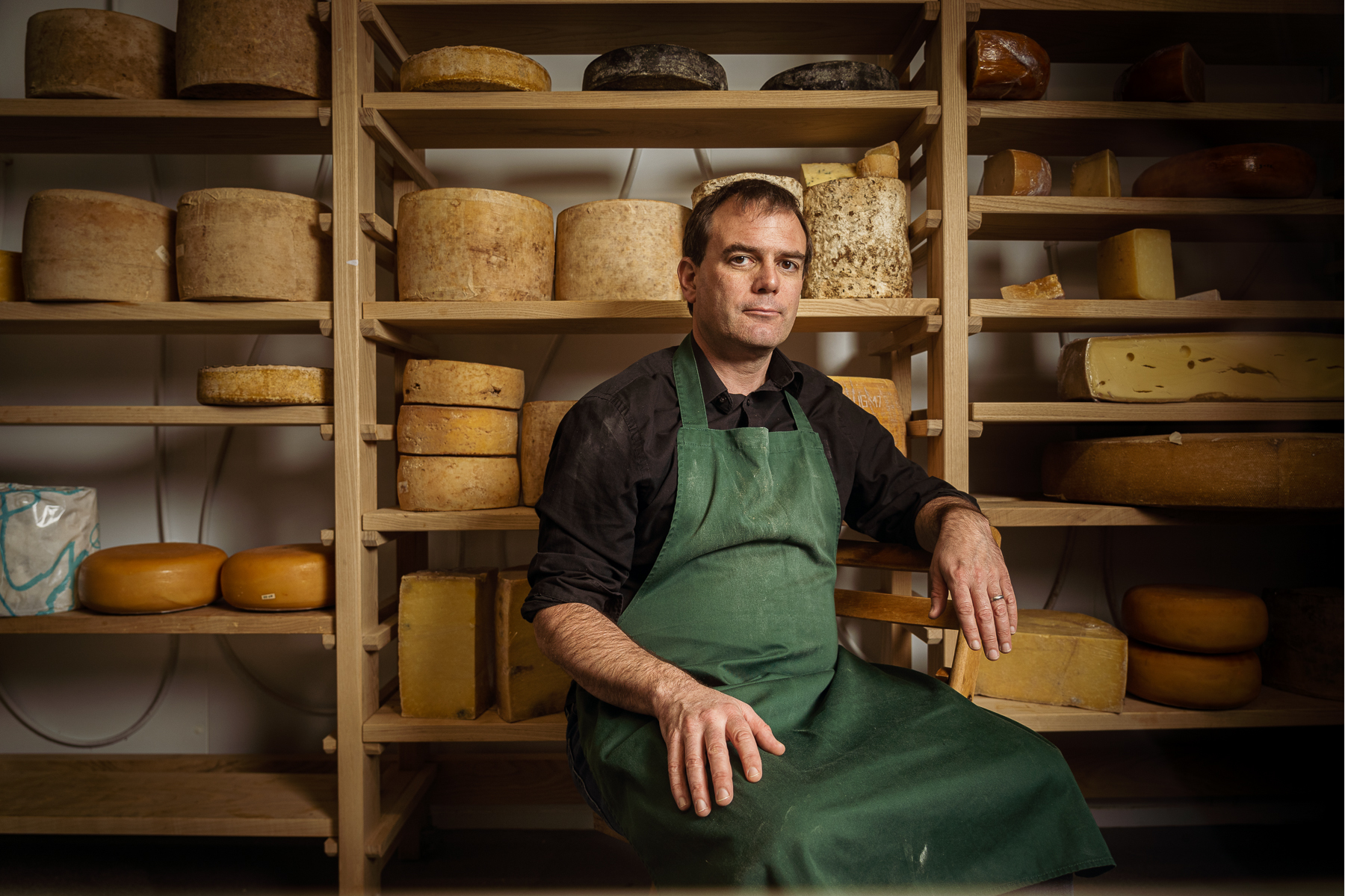 A FIRST TASTE THAT MATURED INTO A TWENTY YEAR PASSION.

For renowned cheese affineur and tasting expert, Ned Palmer, a chance cheese tasting over twenty years ago was a career changing moment that has seen him become a true master in the world of cheese craft.

“That first taste of cheese was like a whole new world opening up to me,” says Ned. Asked to help out an old friend selling cheese at a market stall in London on a cold November morning, he was rewarded by being given a wedge of Caerphilly. “I’d never tasted anything like it before and everything I was used to seemed awful in comparison,” recalls Ned, “it was definitely my career lightbulb moment.”

Ned had been in and out of several jobs before that day, trying his hand at a number of roles in the worlds of philosophy, psychology, construction and musical theatre, but his heart was never in them.

Ned went on to spend seven years working at Neal’s Yard Dairy where he was sent out to work with cheesemakers all over the country. “I’m still learning,’ he admits. “The more you study cheese, the more detail you find. What the dairy really taught me though was independence, and I got to meet some of the best cheesemongers and makers in the country.”

After leaving the dairy, he took over his friend’s stall at Borough Market and began to host cheese tastings from there. Encouraged by the success of these small events, Ned started The Cheese Tasting Company in 2014, to bring cheese to the people and guide them through unique pairings with wine, beer or champagne. But Ned says that it’s whiskey that has more in common with his beloved cheese and is often a better tasting partner.

"Don’t be afraid to think outside the box, trying new things, new methods of craft and new perspectives. And make sure you believe in your craft - it’s your passion, you know it best."

“I believe in that national character of food and drink,” Ned explains. “What grows together, goes together and culture is so important in influencing that. With Irish whiskey, there’s a devotion to the craft, from the grain farmer, to the brewer and the distiller and then the people maturing and finishing the whiskey. You can taste it, and you can taste the same thing in cheese. Whiskey and cheese share common flavours.”

Ned advises that cheese should be tasted with the same care and attention as a fine whiskey. Nosing it, studying the texture and the development of the flavour, concentrating on its length and how the flavour stays in your mouth are all crucial to a proper tasting.

Teaming up with Bushmills Irish Whiskey, Ned will host a series of cheese and whiskey pairing masterclasses in Ireland. The events will explore the similarities between the crafts of Irish whiskey distillation and cheese making, uncovering the significance of the maturation process in each and how this reflects in their respective flavour profiles. Alongside this, guests will have a go at creating their own pairings. “Not many people will have been to a cheese tasting, so it’ll be a new experience,” says Ned, “Part of my job is to bring something tasters won’t expect.”

To anyone who dreams of following in Ned’s footsteps and building a career from their passion, Ned says: “Find your ‘thing’. Once you find it, devote yourself to it and make it your own. Don’t be afraid to think outside the box, trying new things, new methods of craft and new perspectives. And make sure you believe in your craft - it’s your passion, you know it best.” 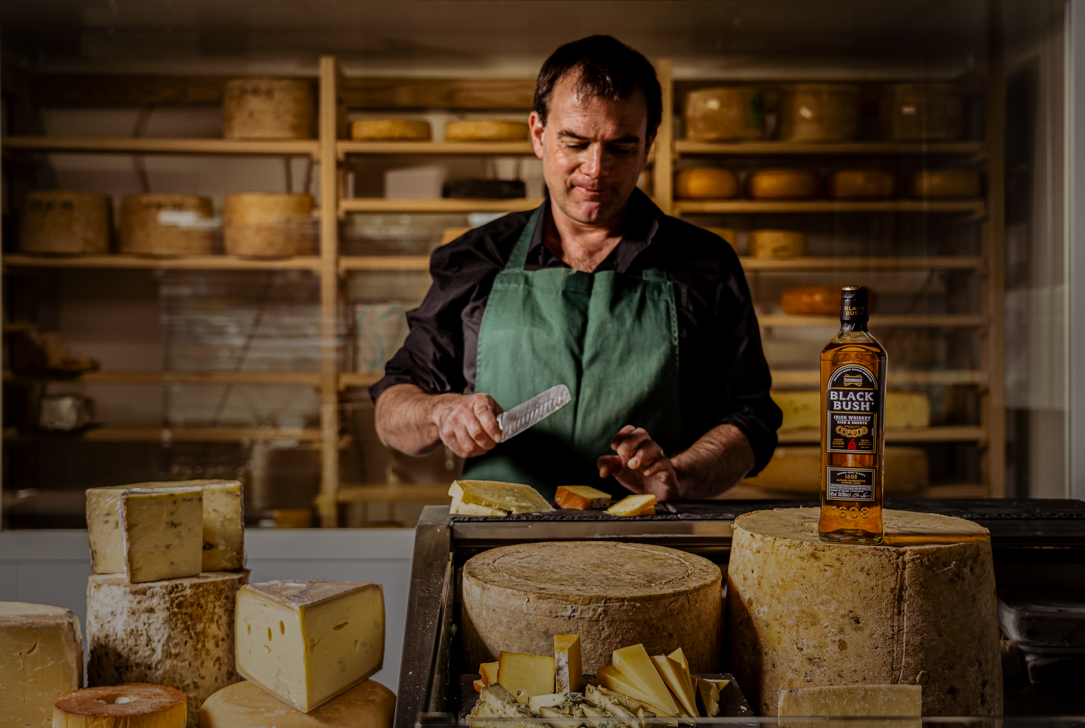